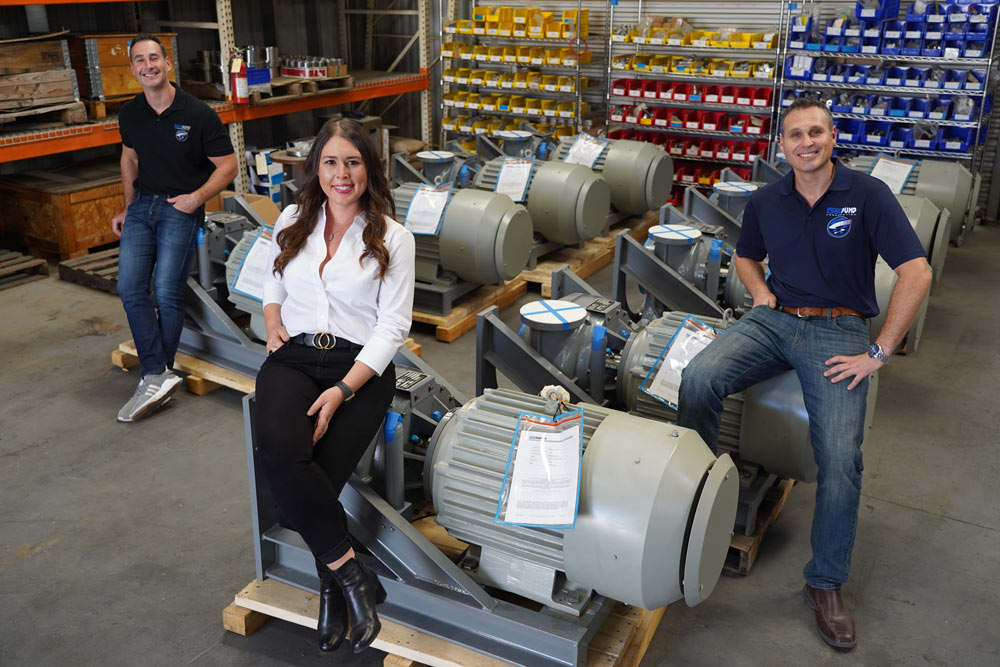 Team EDDY has put in some hard work for this first batch. More shipping soon.

A 50 Pump U.S. Navy upgrade contract worth nearly $10,000,000.00 begun shipping.  The US Navy is installing these units on their Aircraft Carriers. The pumps are an essential part of the desalination process that delivers fresh water to our sailors.

This contract is part of a modernization process. The Eddy Pump had proven successful over many years and the budget opened to secure 50 more EDDY Brine pumps to replace the competitor pumps.

Brine pumps have always created a vast amount of problems for distillation units aboard U.S. Navy ships. Conventional centrifugal pumps were constantly being replaced or under maintenance from the high corrosiveness of the 120-deg F brine and cavitation. The combination of these effects caused the impellers to erode relatively quickly. Oversized materials, such as shells, were constantly jamming the impeller and causing severe downtime and motor burnout.

This is a problem of the past. We look forward to upgrading other classes of ship. 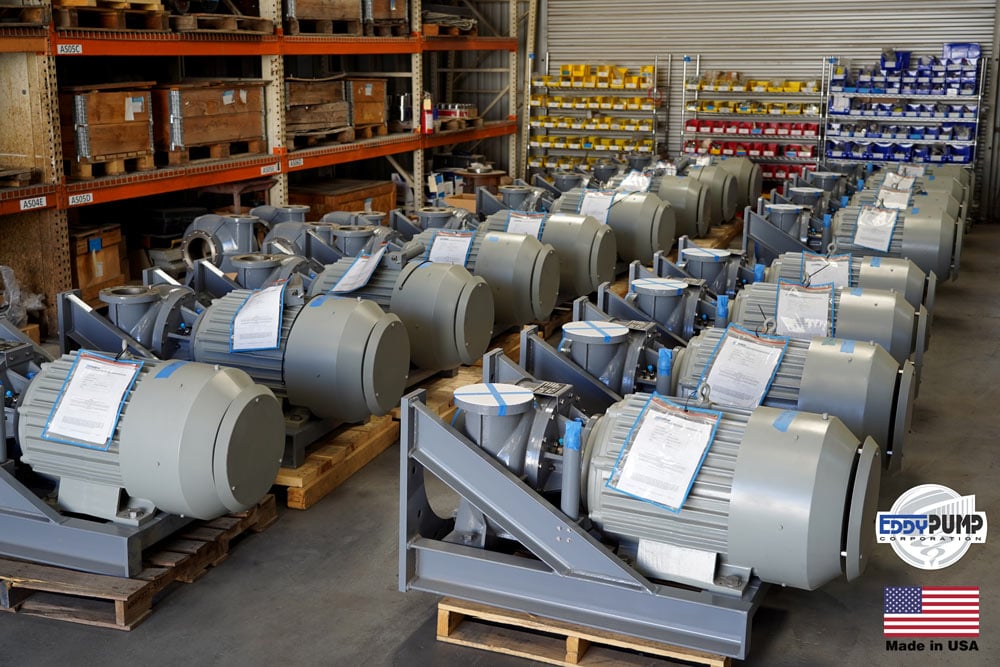 Read about past US Navy Cost savings here where they say Recent U.S. Navy estimates show that the use of this alternative pump system in the brine pump application can result in a life cycle savings of about $2 million per aircraft carrier.

Each of the 50 new EDDY Pumps will reduce the Navys total lifetime costs. We are proud of this and to support the military.

Questions about our Technology

If you need help with Pump selection, Sales or Engineering Support, Call 619-258-7020
Contact Us Here