Build and program a robot, brand a business, and market it with a new website. You have 10 weeks, go.

Unexpectedly, the owner of EDDY Pump Corporation said, “Kurtis, you’re going back to middle school.” This was the first of several visits Los Coches Middle School, kicked off with an interview by a student media team about my career as a marketing manager.

I must admit, I was heading into the den of judgemental middle schoolers and had to dry my tears from flashbacks of middle school boredom. All this while shaking the “being on camera” nerves away. Those medium sized humans were pretty awesome though. 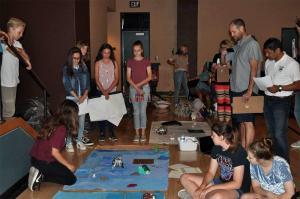 The kids were on point with their video equipment and the interview went smooth. This was the beginning stage of an extended semester of World Of Work. The program is aimed at exposing students to STEM (Science, Technology, Engineering, Math) careers by partnering with local companies, with EDDY Pump being an early participant.

Jump forward a week and throw two teachers, a CEO, marketing manager and mechanical engineer into a conference room. Sounds like the beginning of a bad joke, but it was a productive session outlining the next 10 weeks of WOW.

We created the class framework to get students excited about building, then programming robots and creating their business website. Multiple school visits and a class field trip for students to see manufacturing at EDDY Pump were part of the program. This concluded with cash prizes in a Shark Tank style final presentation for parents, teachers, and business representatives.

On the marketing media team, students built a WordPress website, scripted and filmed promotional videos and posted company news to social media accounts. This was kicked off by creating a business name, logo, writing a business plan and doing a SWOT analysis (Strengths, Weakness, Opportunities, Threats). 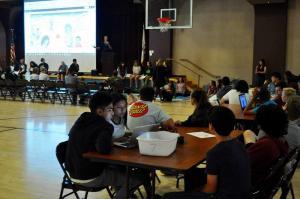 The engineering team students constructed Lego EV3 Robots, then programmed the sensor with their laptop to complete missions. There was an option to connect a smartphone APP to control the units, which the winning team did. These robots have IR (Infrared) sensors to detect color, avoid obstacles or follow lines on the ground denoting missions.

The students started a real business from day one through planning, programming, doing WordPress website development, group communication and incorporating these ideas into the project.

The student teams mirrored what EDDY Pump is currently doing with the US Army Corps of Engineers. Identifying a problem, building a remote operated robot solution.

Video of Final Presentation and Demo 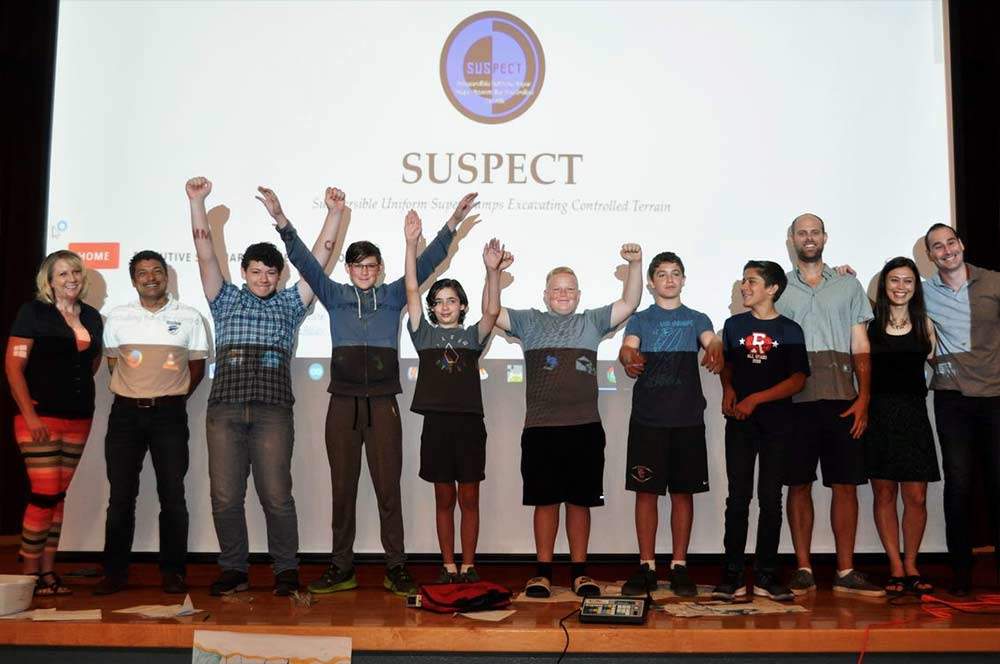 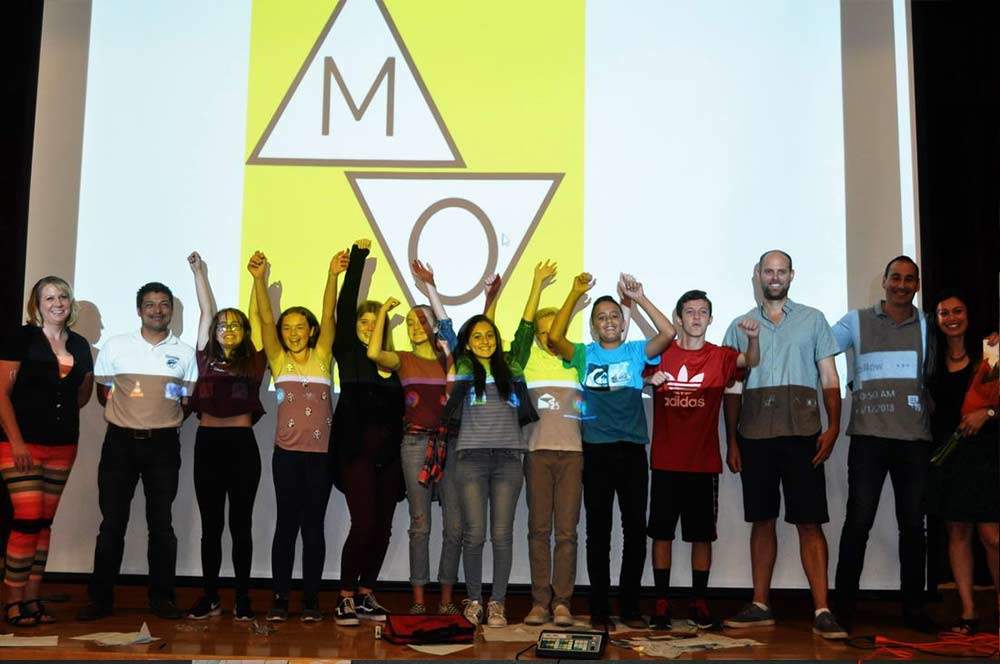 SUSPECT put a lot of thought into their name and built a robot to complete several missions. At the same time, their robot was controlled with an APP on their phone. The only team to complete that task. Mine Ores and Excavation Innovations had stellar presentations and were 2nd and 3rd, separated by just 1 point.

Lots of great presentations were seen by the entire group.

After many visits with teachers and students, the WOW program impressed us all. The parents and judges left hopeful and wishing we had a program like this when we were in school. Student response was positive and some of the kids took a new interest in programming, which is the WOW goal. Others students were honest saying they wanted creative and art electives, but still learned new skills, which was the goal, exposure to new skills.

Thank you, parents, students, and the district for supporting such a progressive program. Major attention for the huge effort by teachers Seval Karanfil and Karen Casey, they brought this extended WOW program together, laying the groundwork for future semesters.

Christian Valderrama assisted the robotics team and is an Engineer at EDDY Pump. He also has experience leading robotics camps with other schools in San Diego. Digital Marketing Manager Kurtis Waddell helped the media marketing team build their website and explained marketing strategy.

EDDY Pump highly encourages other businesses in the Cajon Valley School District to become a business partner. Nothing tops the rewarding feeling of mentoring students, while also boosting the San Diego business ecosystem. Before you know it, these kids will be your new hires and future management teams. 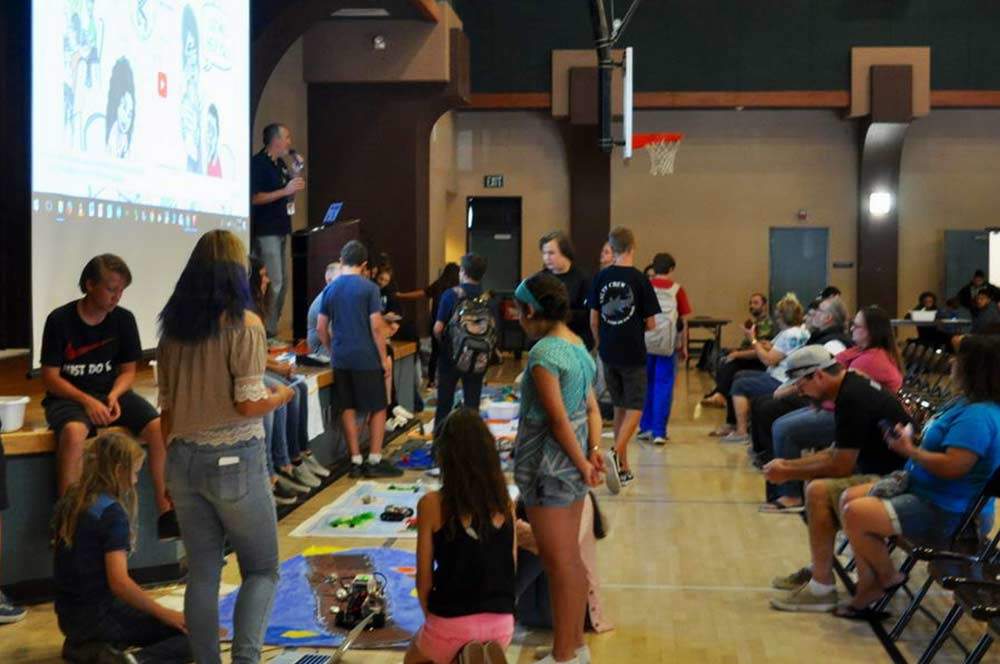 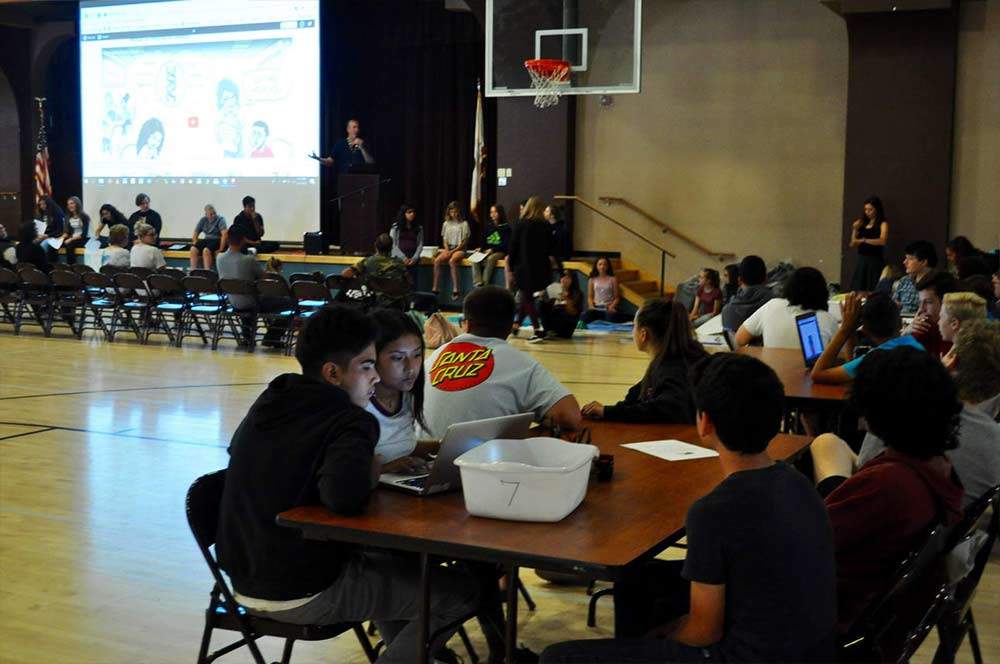 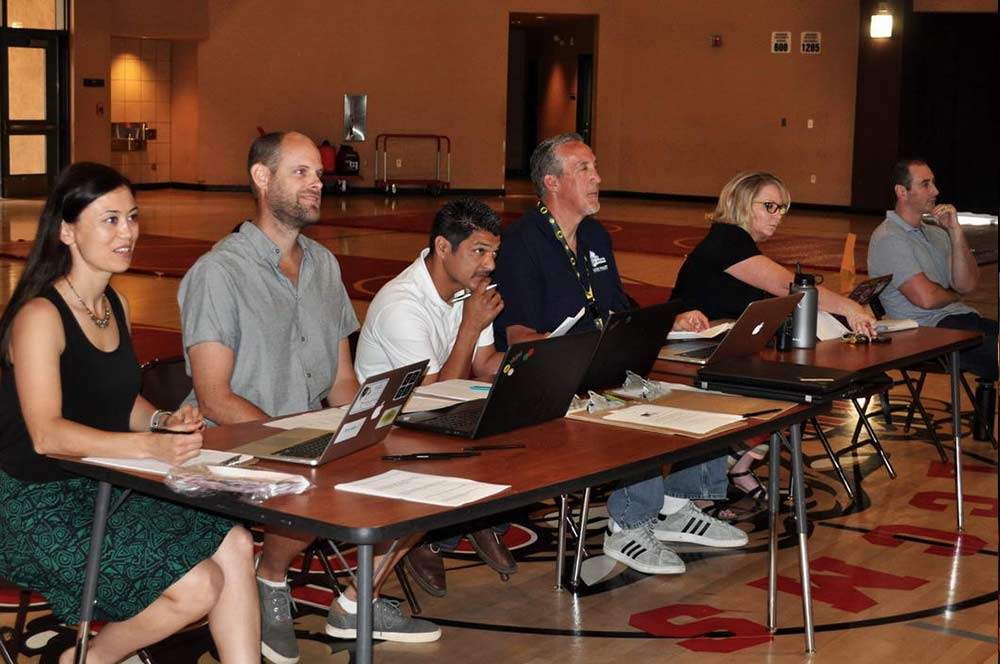 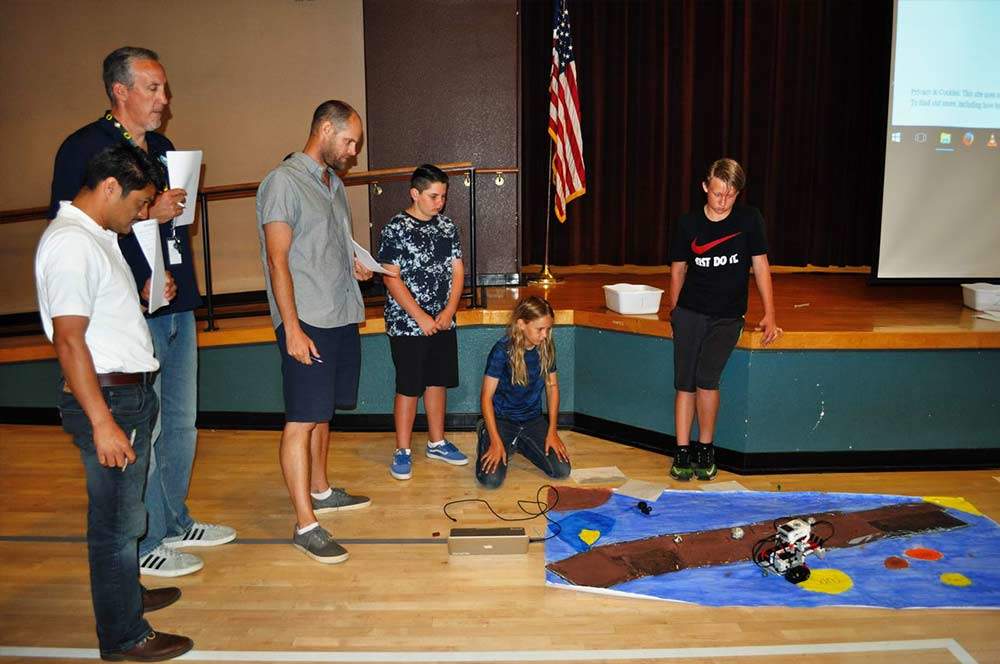 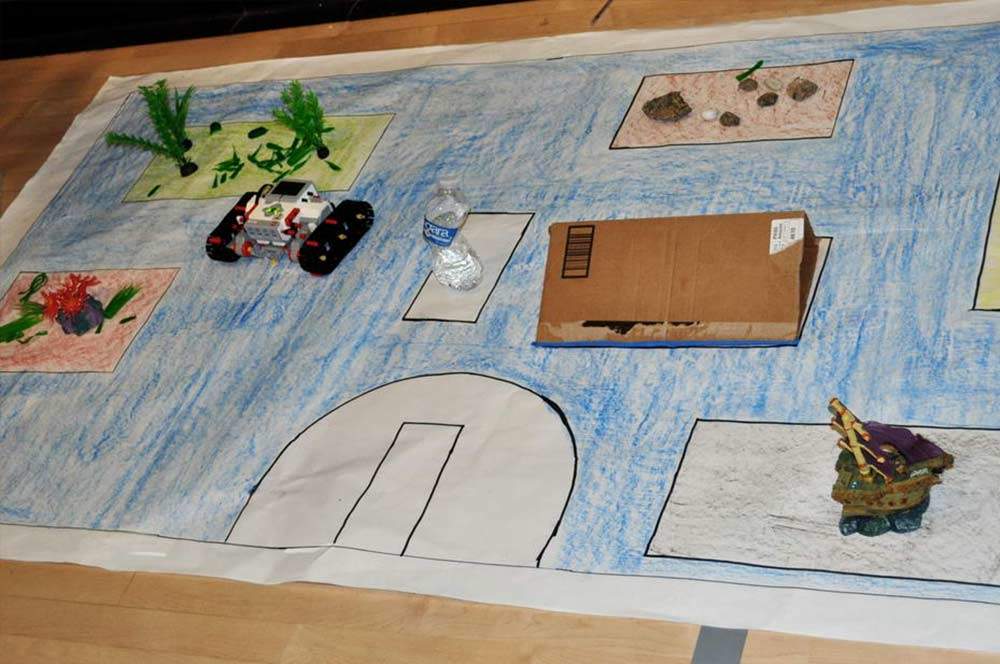 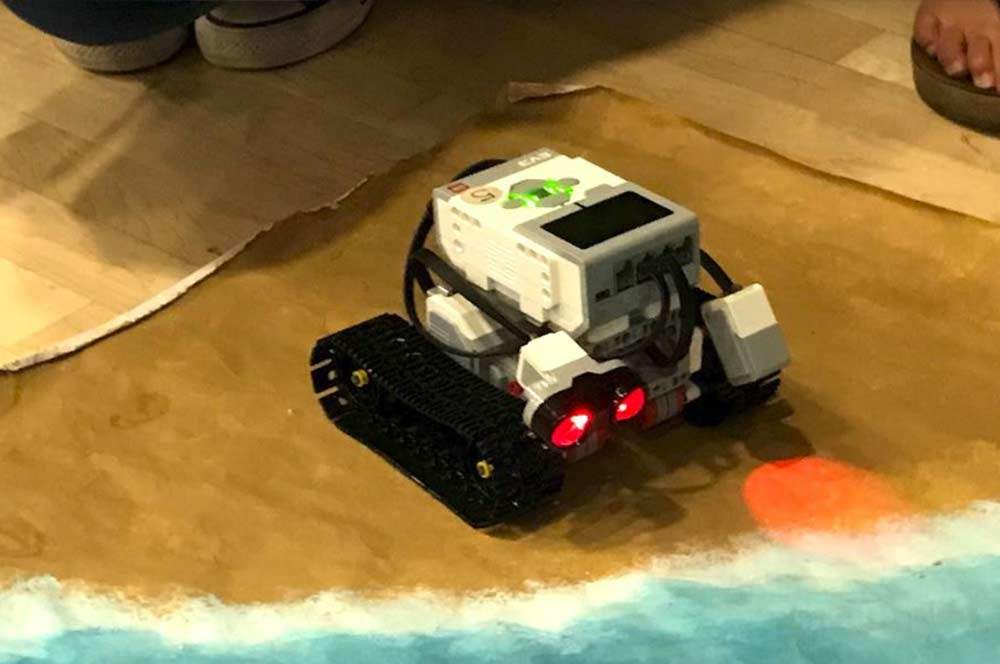 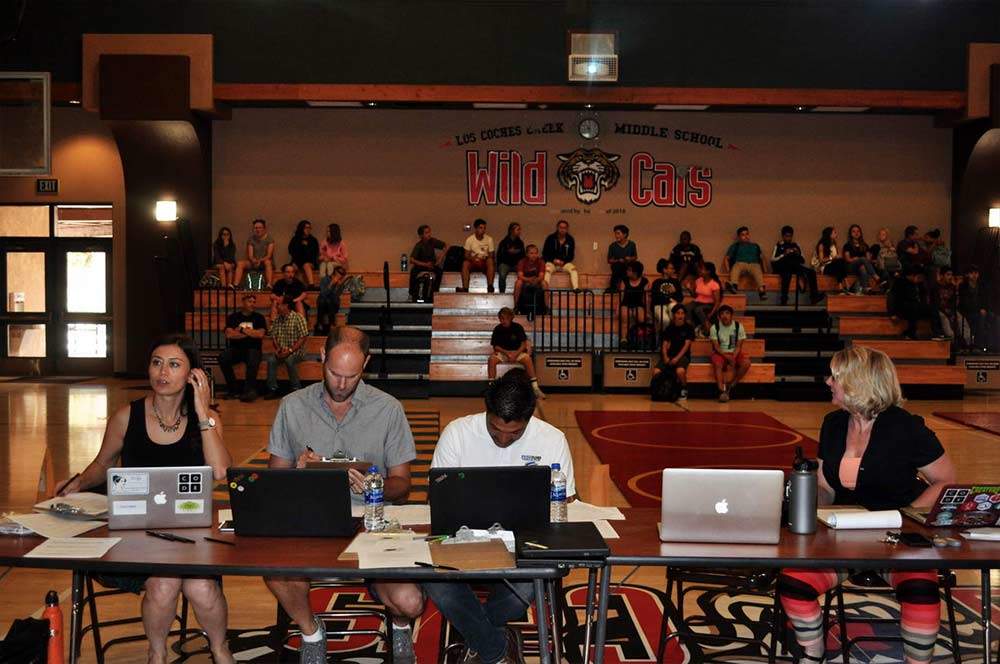 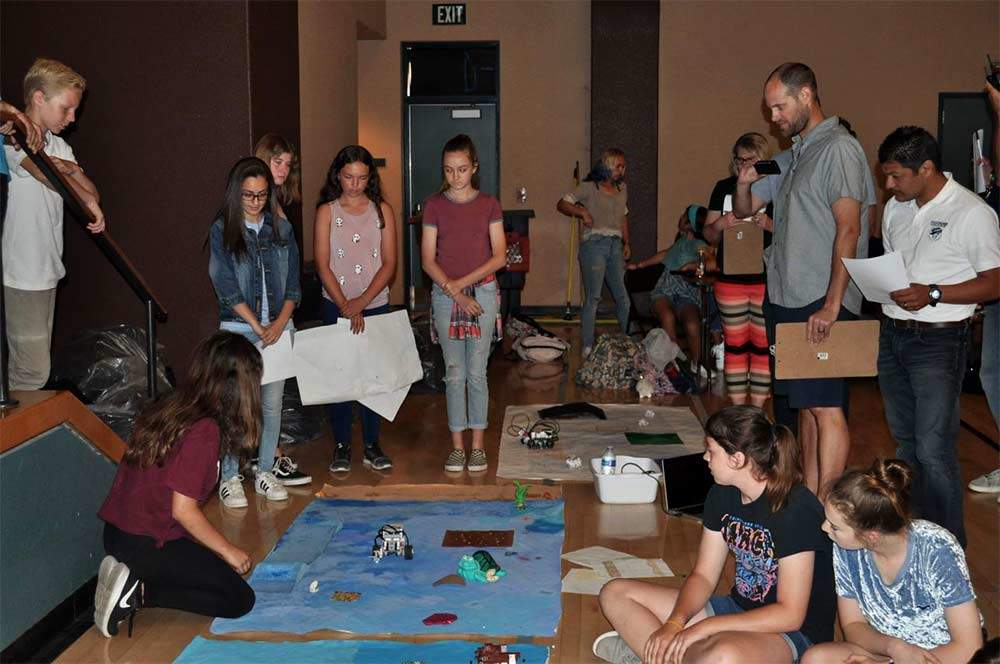 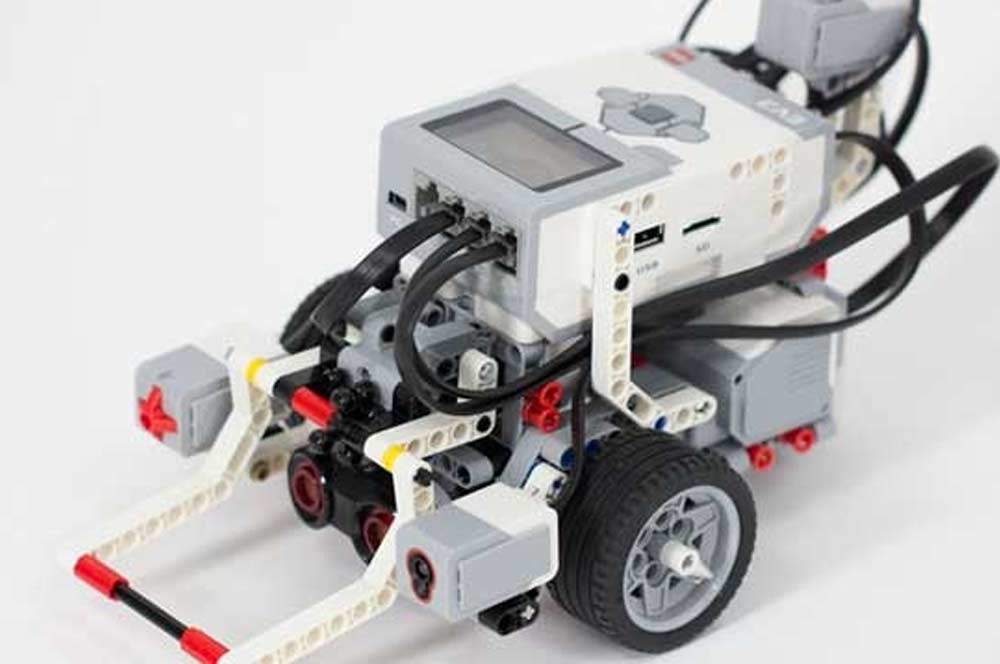 I want to say thank you for being available every time I reached out to you, Kurtis. With this program, I got to get out of my comfort zone and tried something new with my students. Giving students real-life experiences and opportunity, while helping them gain crucial life skills are what all students need. Thank you EDDY PUMP!!!
Seval Karanfil

Thank you Eddy Pump for this amazing opportunity.  The robotics students made valuable connections between their own learning and the work of Eddy Pump professionals. They used the engineering design process to create a mission field with obstacles and programmed their robot to interact with those obstacles.  The students’ mission fields and robot designs, developed after the students visited the Eddy Pump facility which mirrored Eddy Pump’s real-world work.  The best part was watching the students present their working robots performing on their mission fields.  Thanks again, Eddy Pump!
Karent Casey

Did you learn about new careers? “Yes, I found a passion for coding and I might go for a PHD in Engineering when I’m older. I also learned teamwork and new robotics skills”.
Violet R.

Did you learn about new careers? “I’d say so. Before I would have never wanted to be an engineer, but now I am interested in engineering and robotics “.
Angelo G. 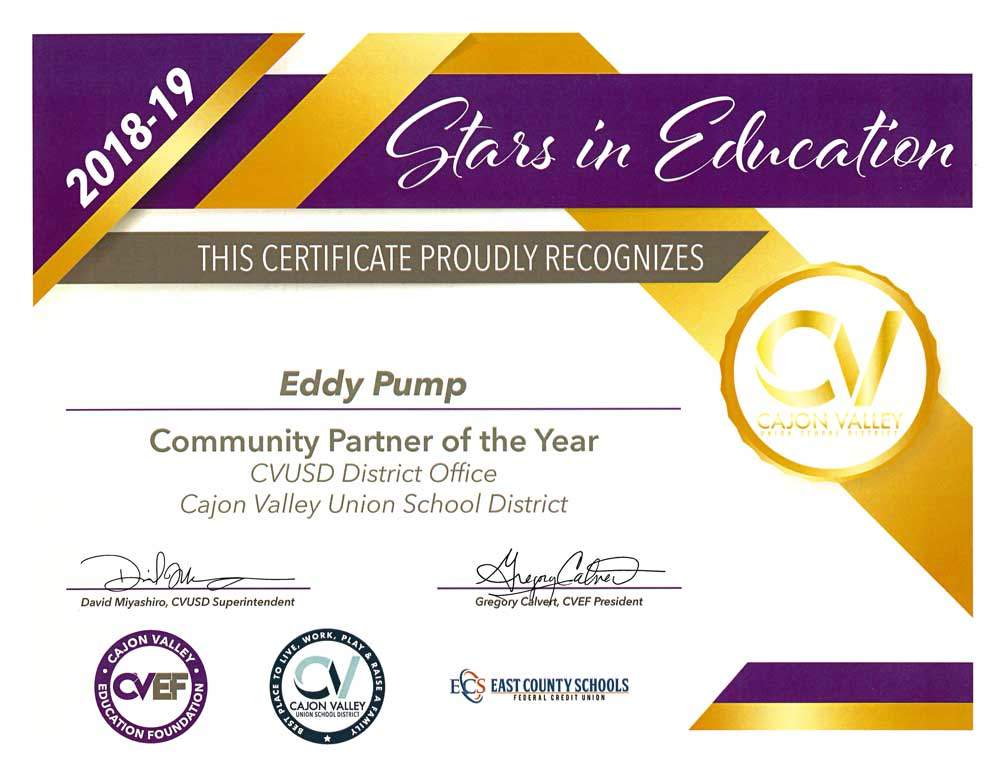 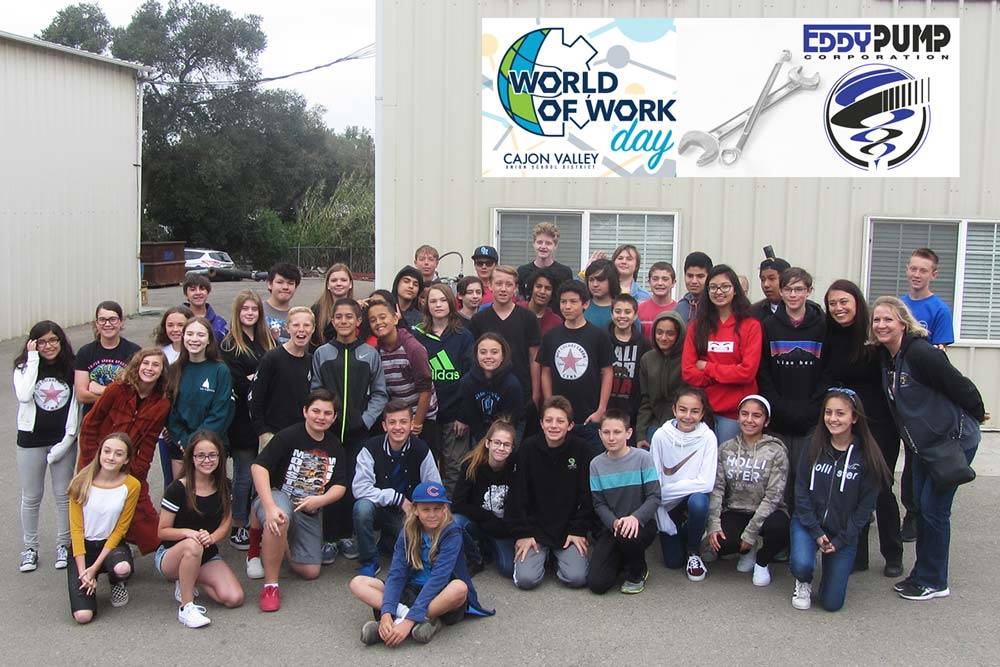 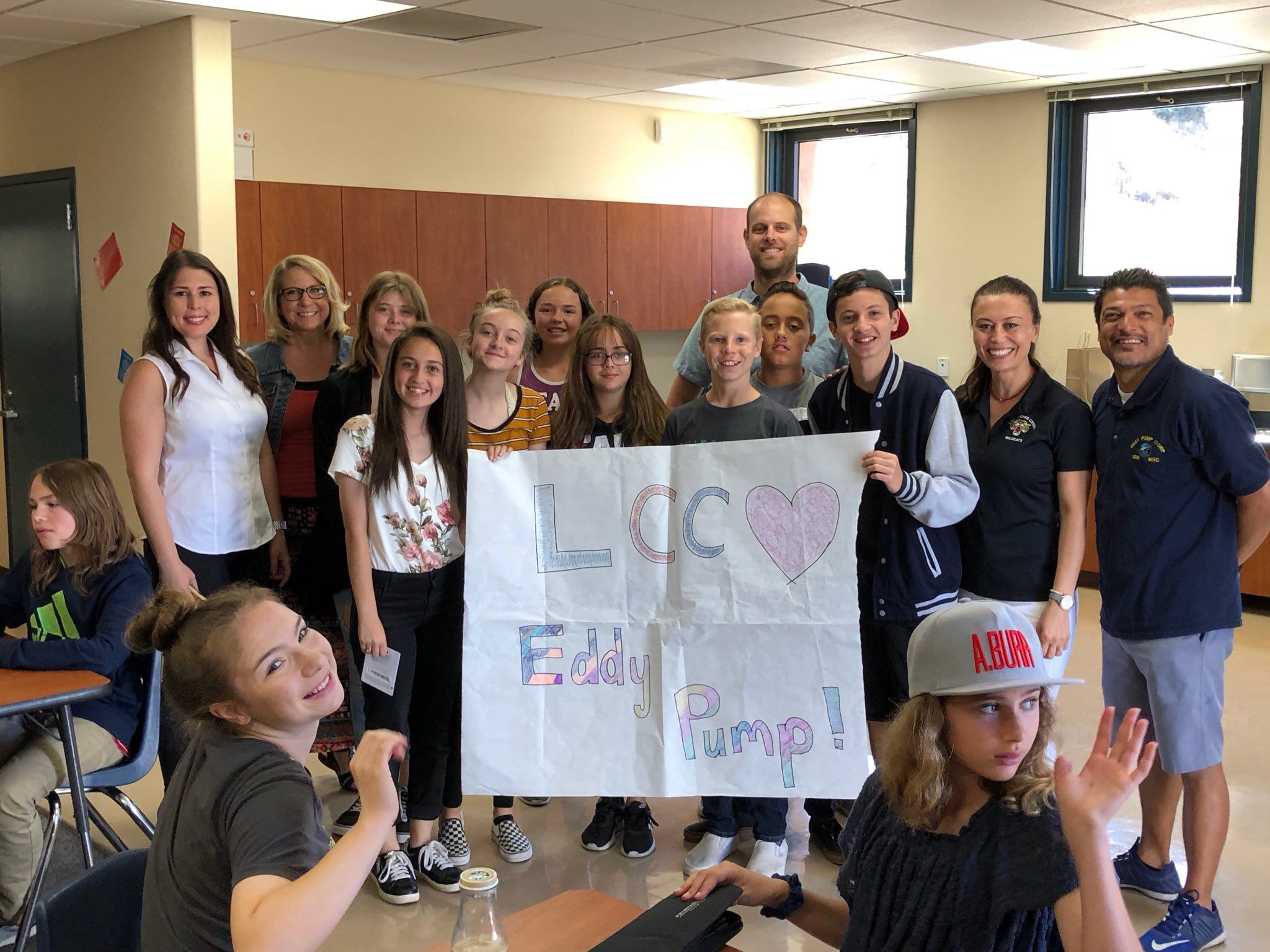