US Army Testing the Subdredge – AKA The MRSD

Great Success. The US Army Corps are conducting large scale field testing of the Mini Robotic Submersible Dredge (MRSD), in Virginia. The Subdredge is designed and manufactured by EDDY Pump Corporation. This is the latest dredge being added to the US Military’s tool chest. 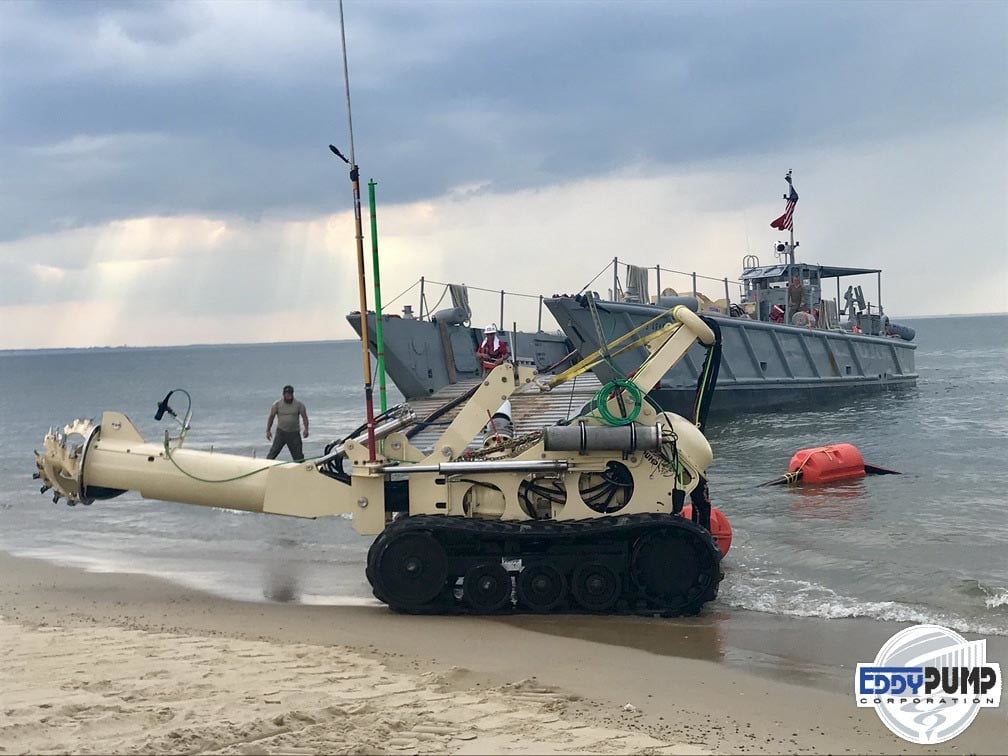 Next stop will be operations in the UAE for a joint military project later in 2019. 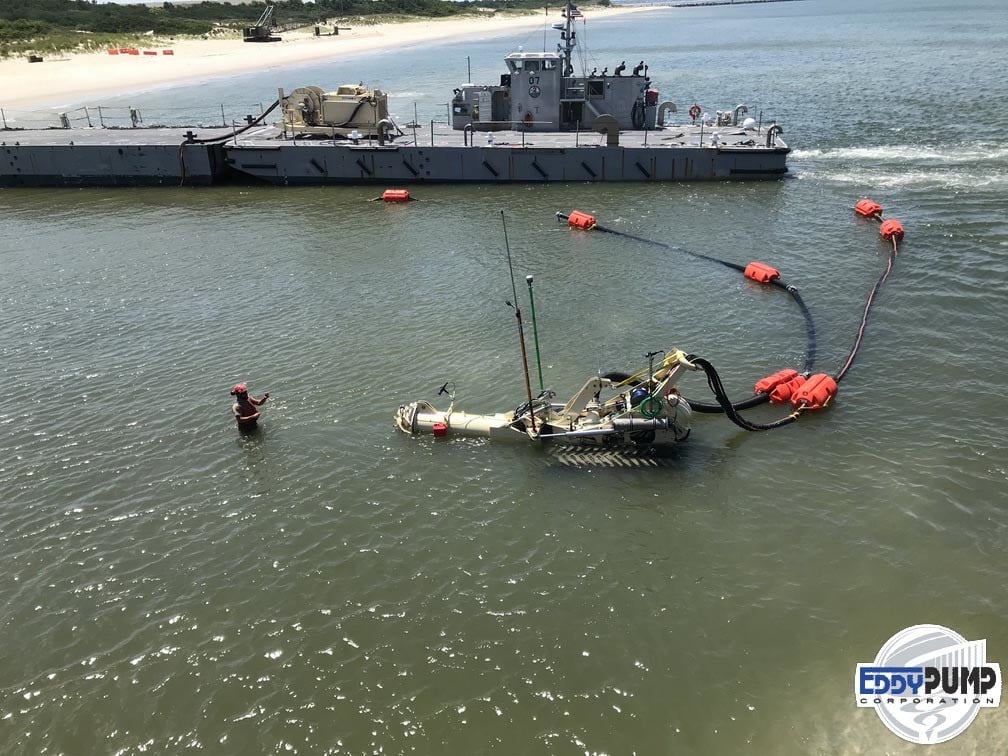 During testing, there was a real dredging project near the test site that a 3rd party quoted at $50,000. Instead of contracting this project, the impromptu job was completed by the MRSD, “just for fun” during testing. The Mini Robotic Submersible Dredge is already saving the Army Corps money.

The Subdredge (MRSD) is transported then deployed from a shallow water landing craft, LCM-8 or similar craft. Next, the goal will be to dredge a section of the beach to allow for additional equipment and personnel to be offloaded.

Military operators want a full packaged dredger to assist in Ship-to-Shore operations. The Subdredge (MRSD) fits on a LCM-8 vessels with the robotic dredge, power unit and pilot house. The MRSD can be operated from shore or the power unit can be left within the landing craft.

The Subdredge (MRSD) can clear strategic landing areas that would otherwise be inaccessible and clear below ships or piers. The unit will also be used for humanitarian efforts and after extreme weather events to improve public waterways. 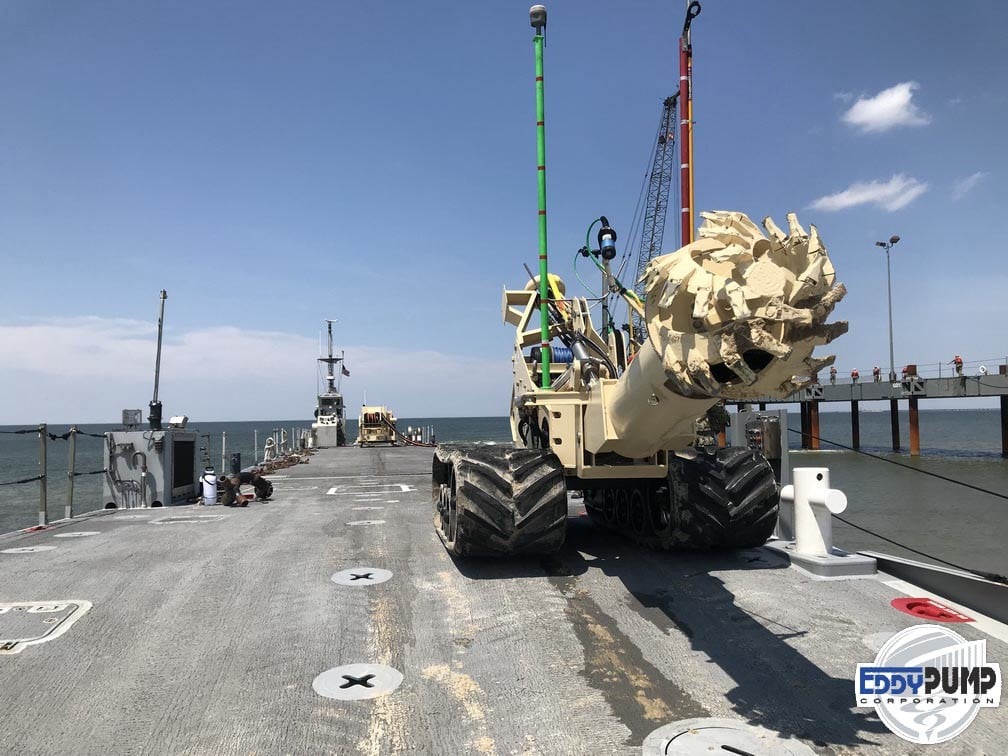 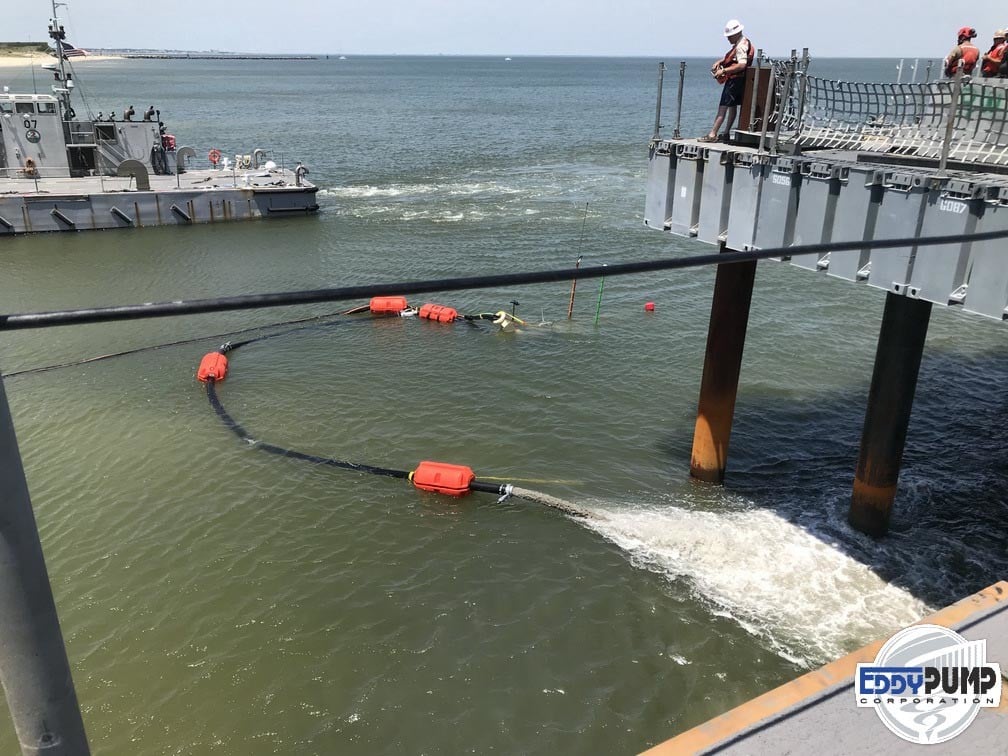 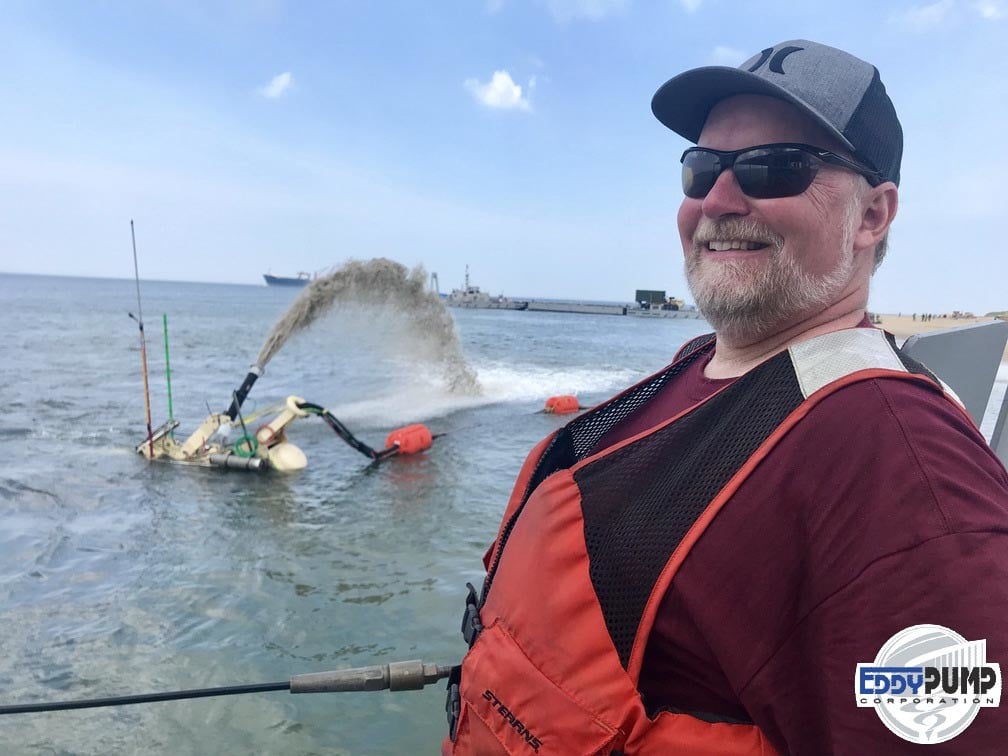 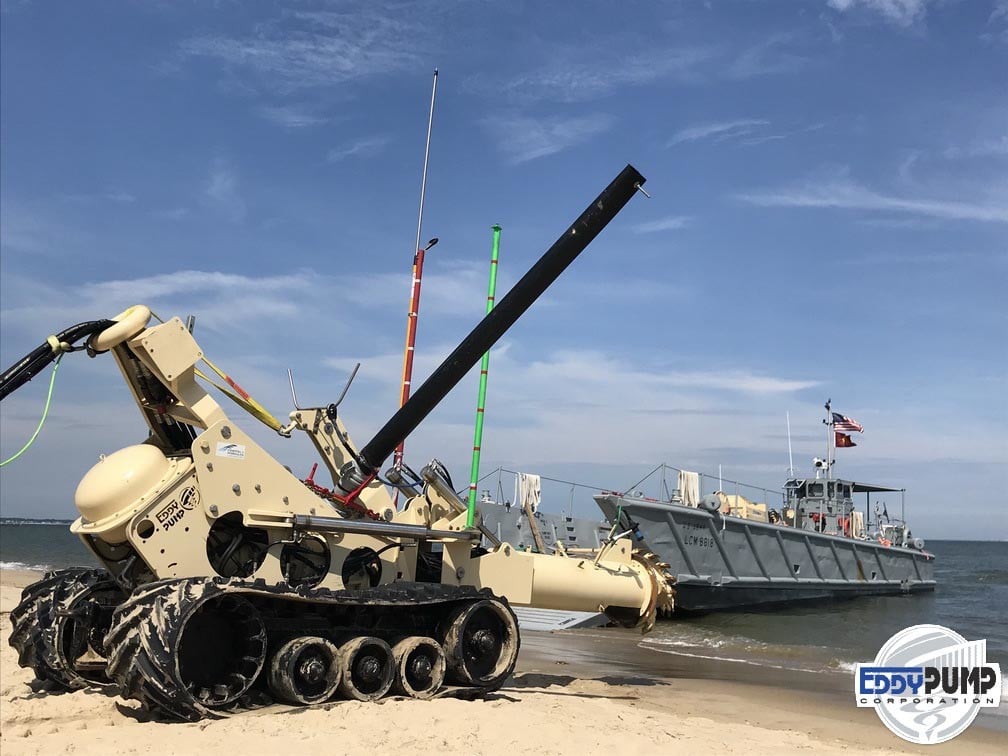 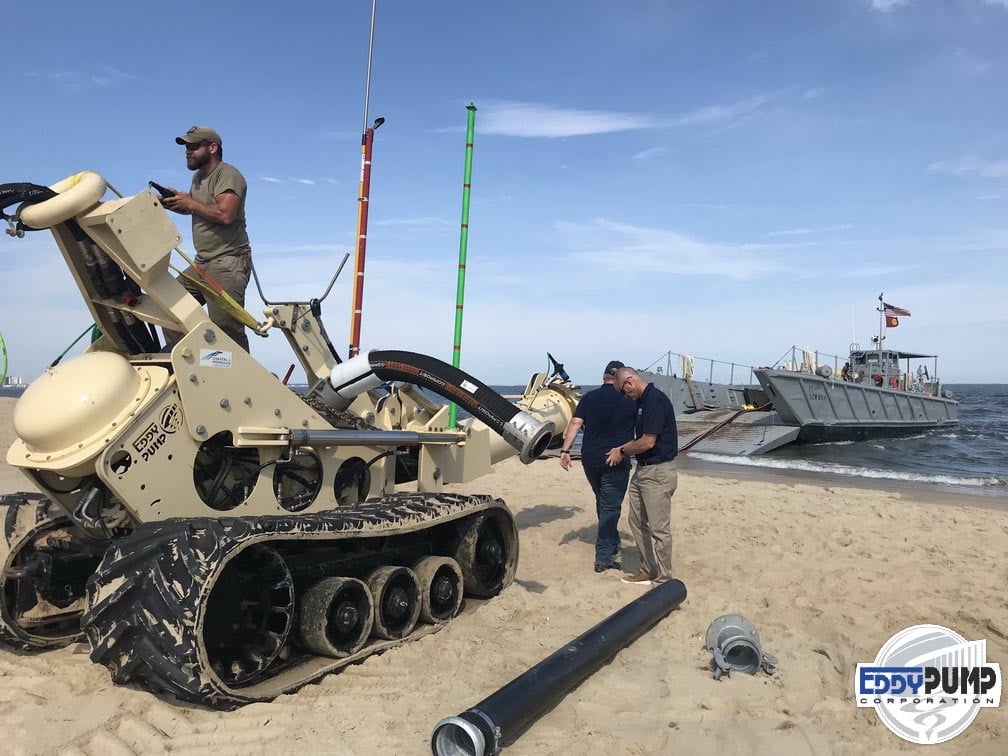 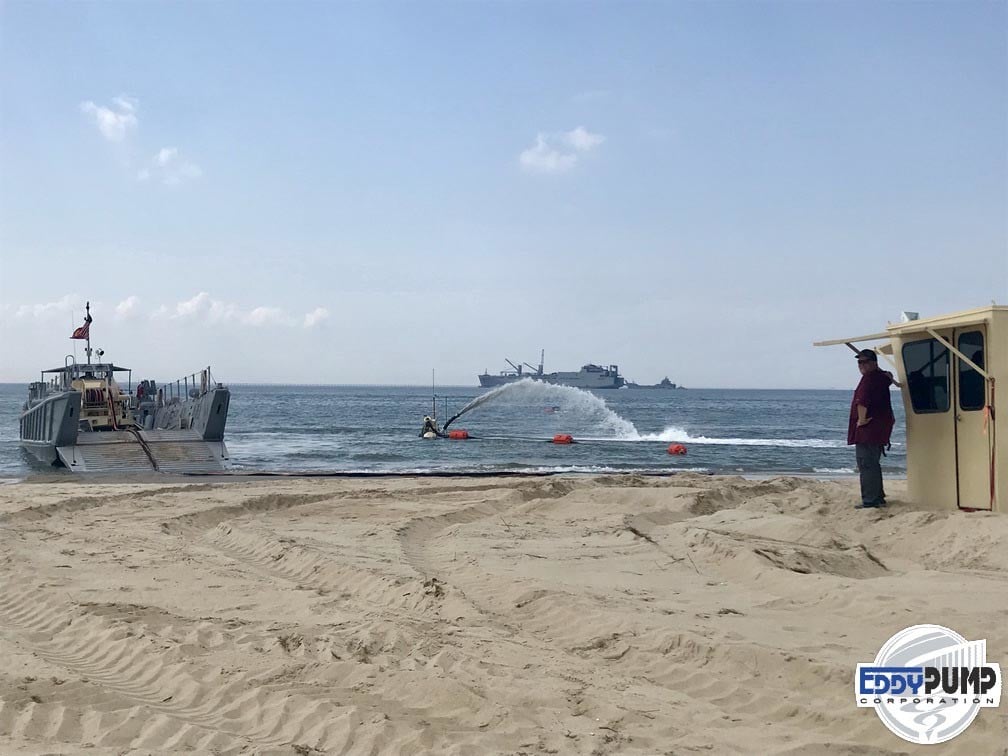 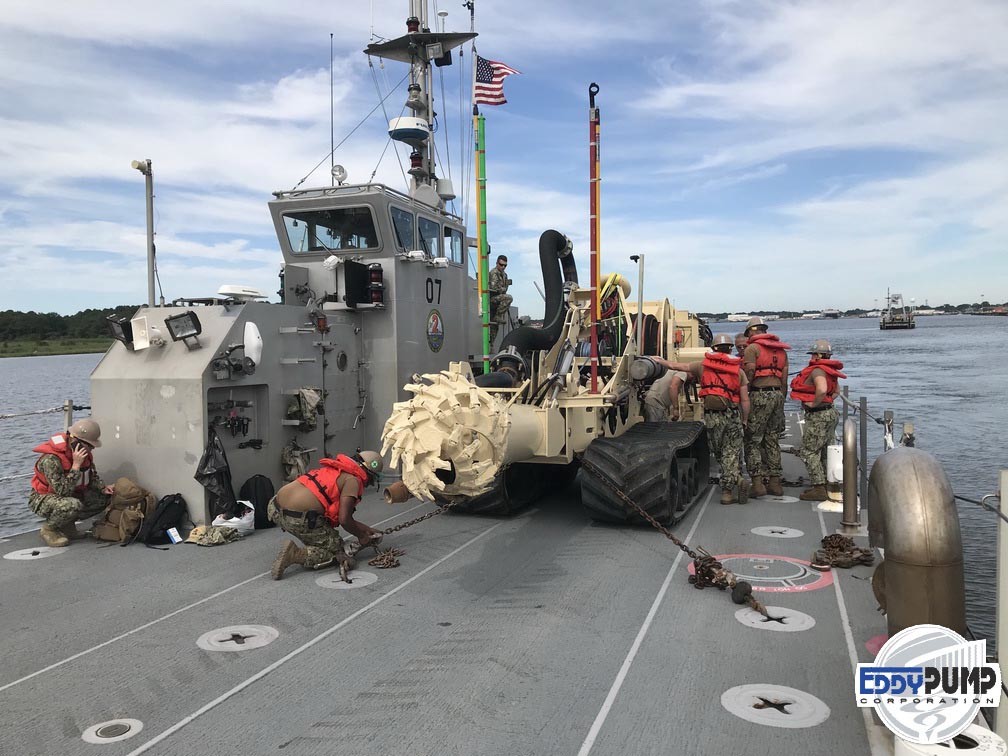 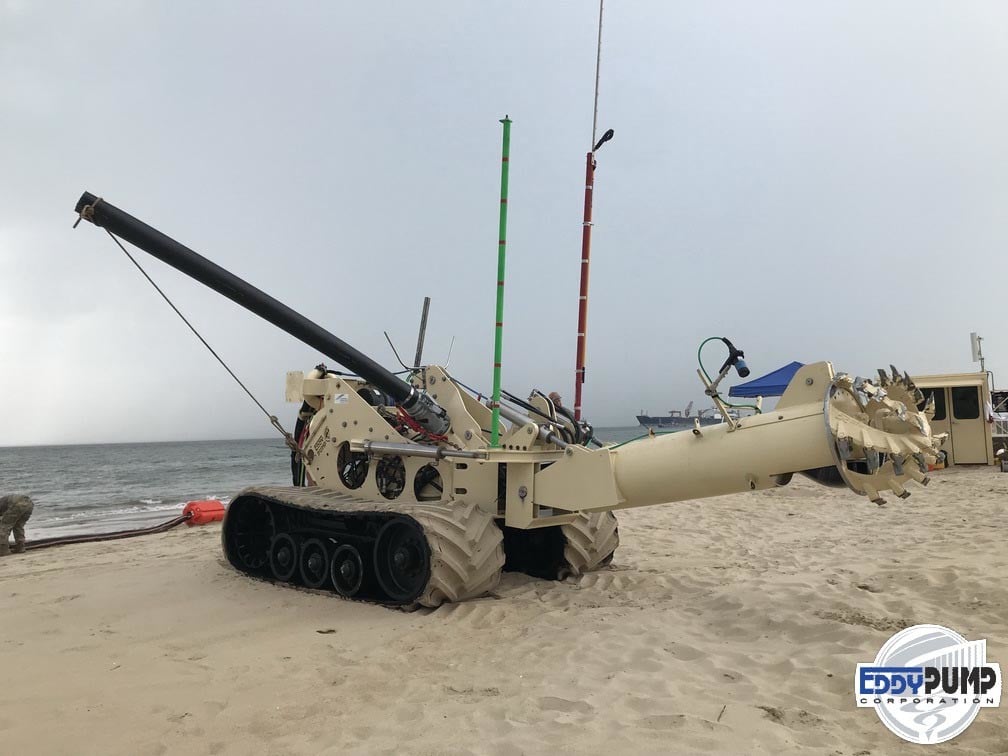