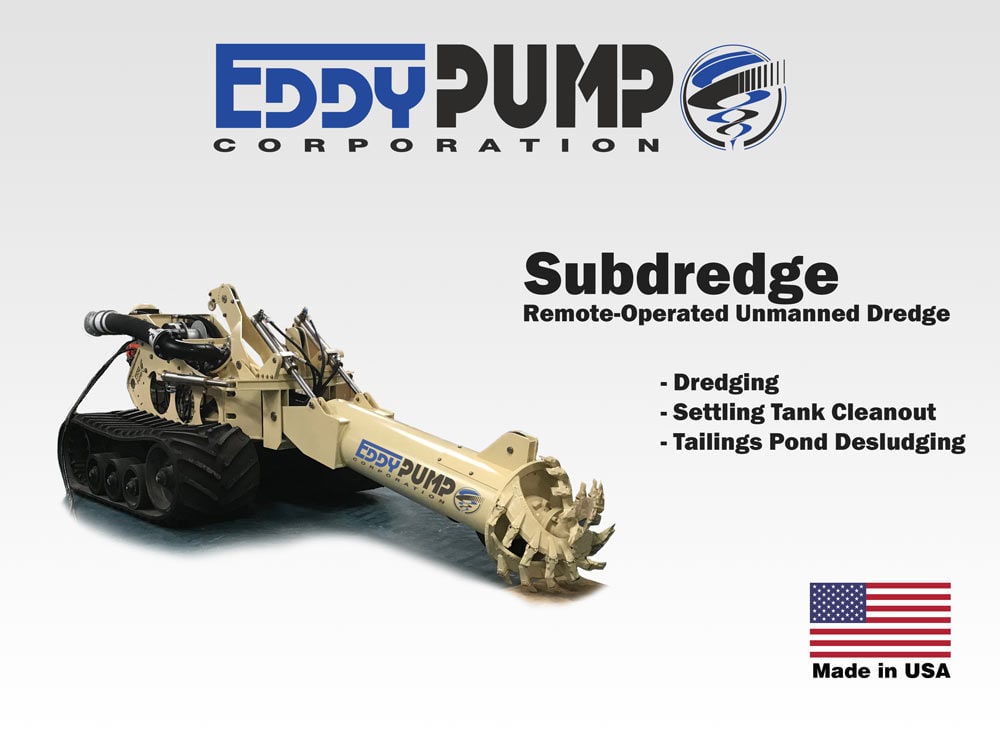 The U.S. Army Corps of Engineers and ERDC takes delivery of a new remote-operated Subdredge built by EDDY Pump.

The unit was just delivered to the U.S. Army Corps of Engineers Headquarters, to start initial trials. Later this unmanned submersible unit will be handed over to a United States Army Platoon to conduct projects including shoreline deepening for military landing crafts, shipping channel dredging, and emergency relief projects all over the world.  Read About US Army Corps Here and ERDC.

This joint collaboration of Engineer Research and Development Center (ERDC), the USACE and EDDY Pump was developed in order to provide our United States Army with much-needed mission ready dredging technology that is versatile and as modular as possible.

The modular dredging system consists of three standard commercial sized shipping containers and can ship globally. Deploy within an hour in any harsh dredging environment.

This is the first image released after months of engineering and fabrication at our San Diego, CA headquarters. More photos and videos to come in Q4 and Q1 2019.

Read about Engineer Research and Development Center (ERDC)
Read about the Subdredge Here.

This video shows how EDDY Pump beats out traditional centrifugal pumps when it comes to tough slurry and abrasive materials. EDDY Pump is the at the heart of all of our featured dredge pump equipment including the Remote Operated Subdredge, Diver Operated Pump and a Excavator Attachment Dredge Pump.